Skip to content
HomeSo Student Journalists Shall Lead Us

Earlier this fall, I wrote on the brave stance the student journalists of the Playwickian took to stand up for journalistic ethics and protect their beliefs on what was right, as both students and as human beings.

I had never met these kids. I had never read their newspaper. But I was taken by their crusade and their commitment. I believed in them. So I supported them, both on the pages of Eduflack and financially.

That support was rewarded this week, as I received a letter from the staff of the Playwickian. These terrific journalists wrote (in a handwritten note):

When we began this conversation about our mascot, we were unaware of the difference we could make. But our stance has strengthened as we have overcome every roadblock our administration & community have made.

Regardless of where one stands on the issue of a “Redskin” mascot, you have to applaud these Pennsylvania student journalists for reminding us the role of a free press, the responsibility of a media watchdog, and the impact the media can play as a moral compass. These journalists remind us of what our nation sought when we established a free press and of what we hope from a 21st century media. If each of these editors has a byline in a decade, the media will be in a good place.

Check out their full letter below. 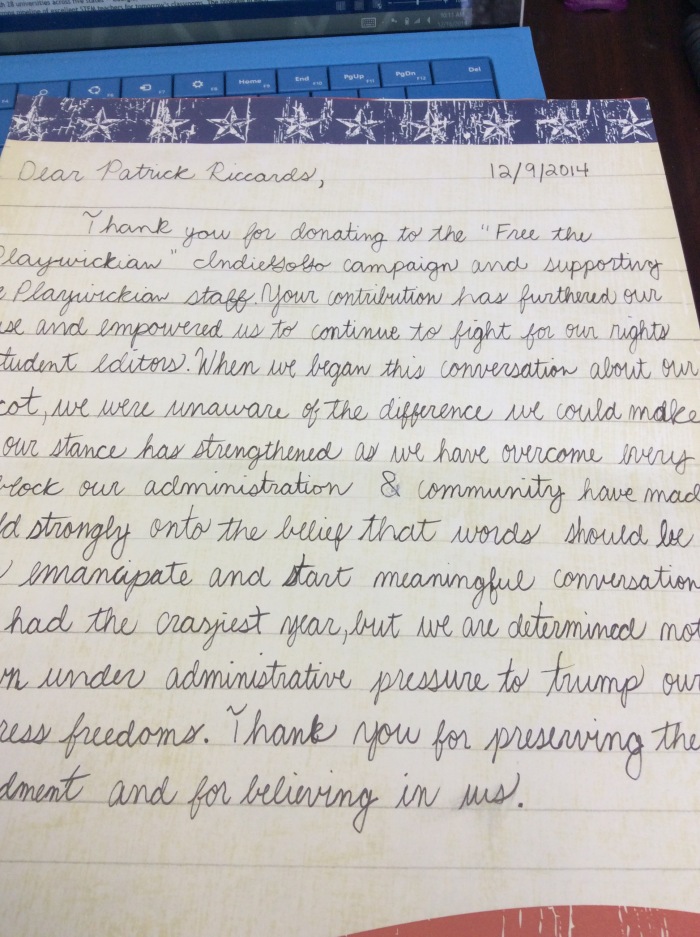